MotoGP’s next supersub could be a bizarre story of redemption

New MotoE world champion Dominique Aegerter called it an incredible experience to be able to ride Suzuki’s MotoGP bike for a few laps at Misano testing this week.

And that could lead to a MotoGP debut at the age of 31 for a rider who could yet win a third motorcycle world championship in just two years, and who has been at the center of great controversy over the same period. .

Swiss rider Aegerter had the chance to replace the injured Joan Mir on the first day of MotoGP testing this week, with Suzuki having an eye on a replacement for the 2020 world champion if his recovery does not go as planned.

Mir crashed on the first lap of the Austrian Grand Prix last month, breaking bones and damaging tendons and ligaments in his right ankle in the process, and was forced to miss the Grand Prix in San Marino and subsequent testing after being rested for at least 15 days by his doctors.

He was replaced in last weekend’s race by Kazuki Watanabe, who finished on the Suzuka 8 Hours podium, but the Japanese rider will not be available for the next round of MotoGP as he tries to win the World Endurance title with his Yoshimura SERT Suzuki team, meaning the factory Suzuki MotoGP team is with no obvious replacement for Mir if one is still needed.

But, as Aegerter ended his MotoE season by winning the championship last Sunday, Suzuki approached him to tell him of their luck – and after some last-minute negotiations he was able to make his MotoGP test debut in just 48 hours. later.

“I have no words – it was just amazing,” he told The Race after the test was over.

“Of course to have this opportunity from the factory Suzuki team in MotoGP is something that blew my mind on Sunday night and then I had to check with all the other teams – with [World Supersport employer] Ten Kate, with Yamaha, with Yamaha Switzerland.

“It wasn’t so easy to get it, but on Monday around 12:00 we got clearance to drive and it was just fantastic, a dream come true.”

An opportunity to finally make his MotoGP debut would be something of a redemption story for Aegerter following his departure from Moto2 in 2019.

By then, one of the most experienced riders at this level with a career dating back to Moto2’s inaugural season in 2010 (and a Grand Prix career that began with appearances in 2006 in 125cc), he has a remarkable 182 race starts in the intermediate class to his name. . 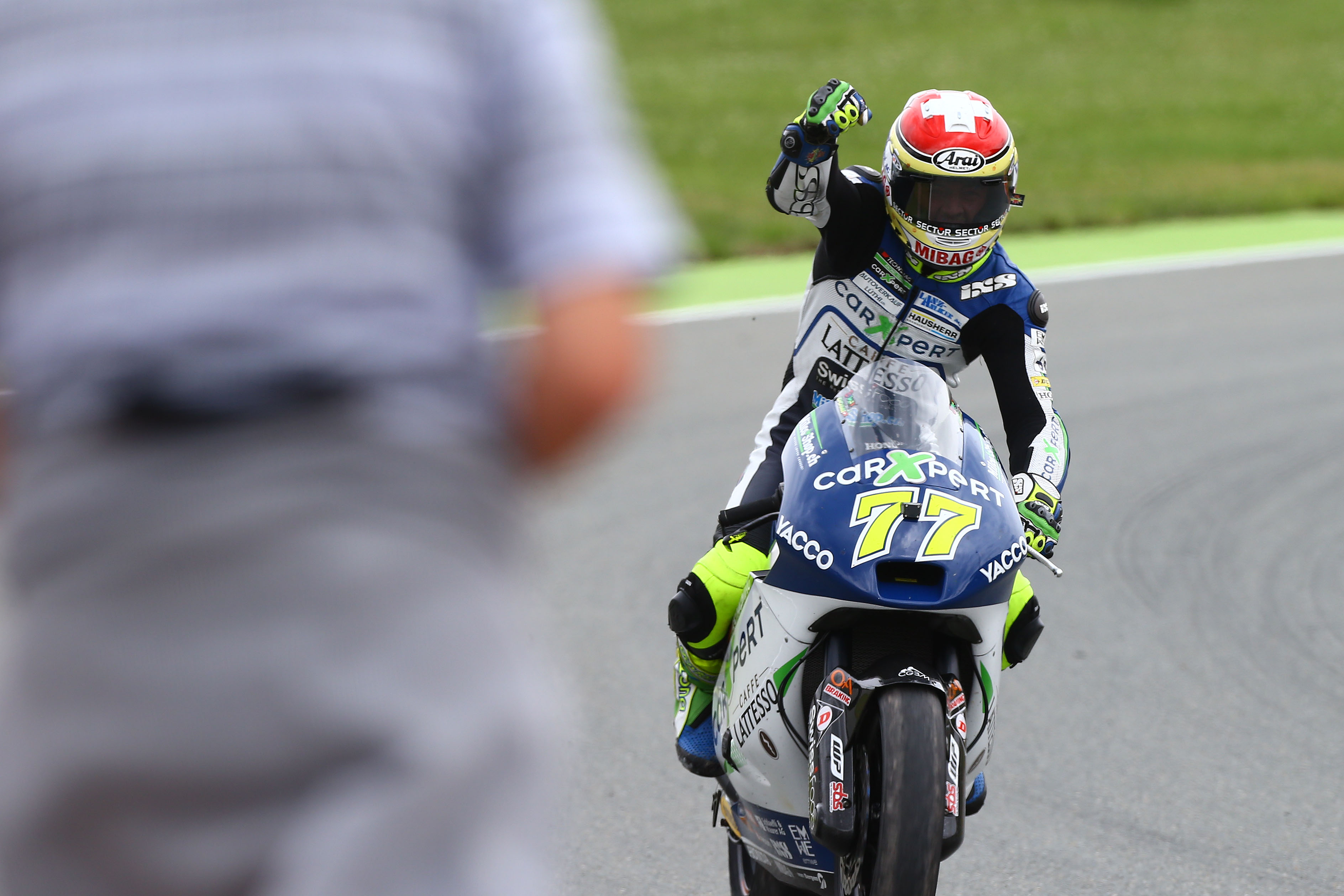 A one-time race winner, in 2014, he left Moto2 after a disappointing 2019 season with Forward Racing, but was able to keep a foothold in the Grand Prix paddock by lining up in MotoE.

Finishing third overall in the second year of the electric series, he did better in 2021 and made headlines in the final round at Misano when he collided with title rival Jordi Torres, winning briefly the championship until he was demoted for the incident. 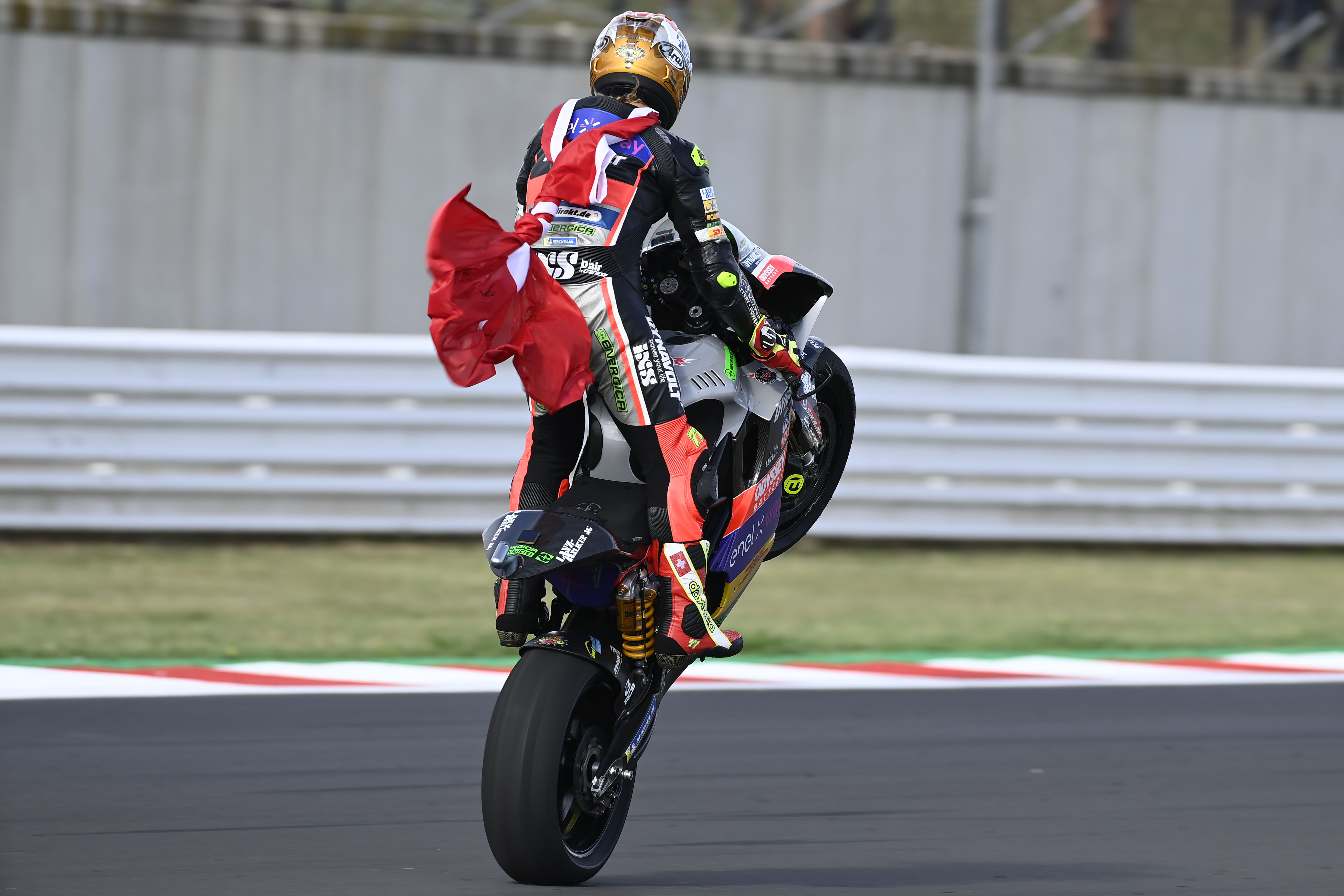 Simultaneously moving into production racing alongside MotoE, he impressively managed to win the 2021 World Supersport title as a rookie, and in addition to finally winning the MotoE championship this year, he remains top of the WSS despite the recent drama there when he was banned for a race for faking concussion symptoms to force a red flag stoppage after being knocked out of the first race at Most in the Czech Republic.

Amidst all this variety of experience, he had nothing on a MotoGP bike—or the current Michelin tires they ride on—until Suzuki testing. And the bike still managed to surprise him in a short time on board.

“They are very nice people, and they helped me a lot in a very short time,” he added.

“We had 33 laps and two sets of tyres, and the bike is crazy. The ride height device is woaaah! It accelerates like a rocket!

“With the Michelin tires you can go a lot further – I still have to find four or five degrees more. Lots of grip – too much grip, which is a good thing to say as a driver.

“The brakes were good and I figured them out pretty quickly. You have to drag the bike a bit to get it to turn and then accelerate, because I always had too much grip and it wanted to push me out of corners. It’s also a place where I need to improve. 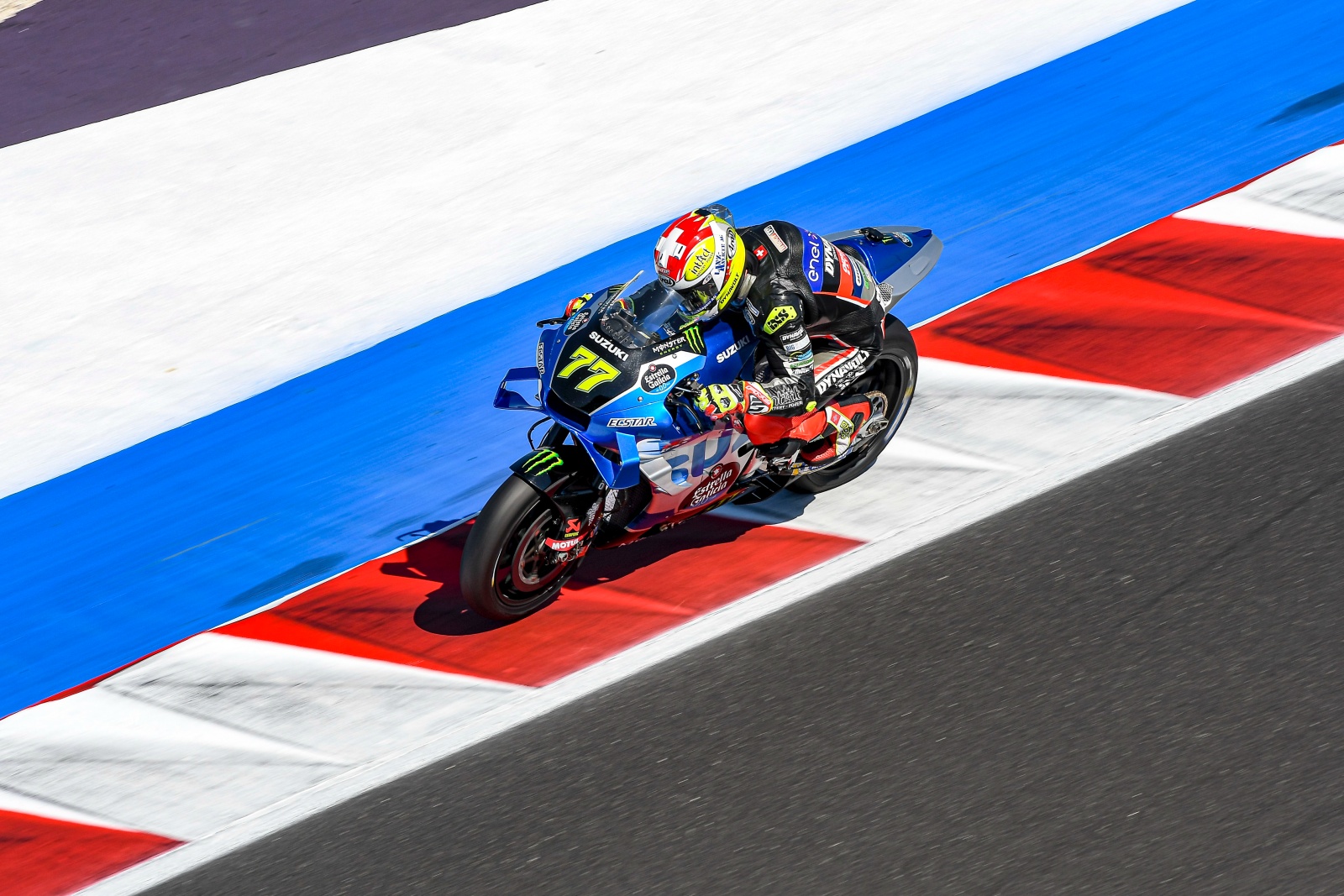 “It’s a pity that I can’t do [more] laps – I didn’t know it was the last run otherwise I might have pushed even more!

“But I think in four outings, 33 laps, being 2.3 seconds behind the fastest guy isn’t so bad.

“In my first race I was already as fast as Watanabe has been doing all weekend, so I think my potential as a rider with this team and this bike would be a good match.”

While the test was definitely a trial of sorts if Mir should be substituted for Aragon again, Aegerter was adamant his focus was more on trying to maintain his Supersport World Championship lead and fight for another world title. in 2022 there. 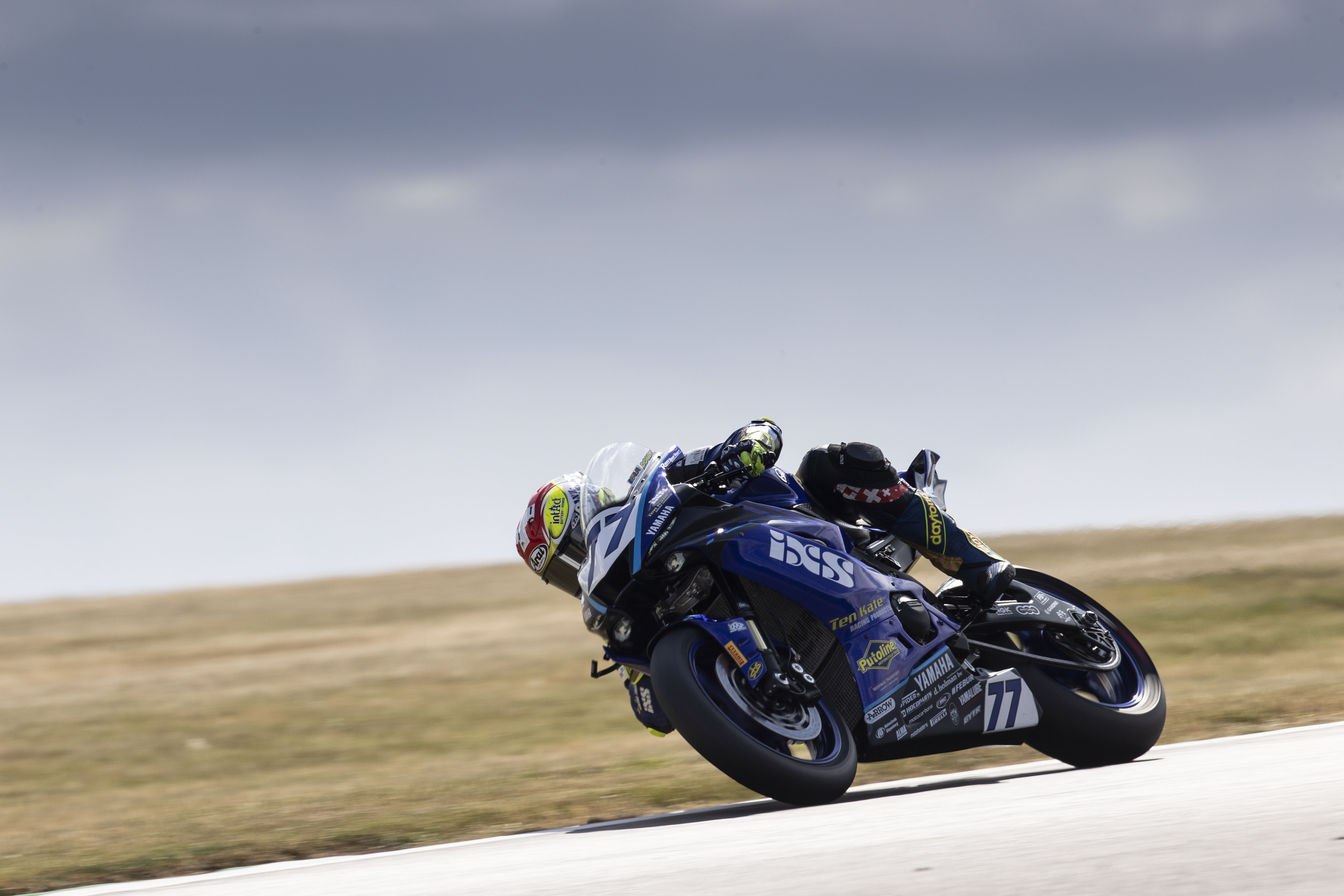 He is back in WSS action at Magny-Cours this weekend with the next round in Barcelona just a week after the MotoGP Aragon race.

“It would be yet another dream,” Aegerter said of the chance to ride the Suzuki, “but I hope for Joan that he recovers quickly and can ride in Aragon again.

“I’m leading the Supersport World Championship, I’m fighting for the title, and that’s certainly the most important thing.”