Here’s what we love about the 1983 Audi Quattro

Audi had planned to build four hundred units for competitive racing only. However, due to high demand, the Quattro entered full production to become one of the most iconic production cars of all time. Indeed, the word “Quattro” sums up the excitement and glamor of 1980s motorsport.

Among the fire-breathing legends of Lancia, Peugeot and Ford, the Audi Quattro offered speed, balance and agility thanks to its all-wheel drive system, which revolutionized rallying forever. Additionally, the Quattro’s phenomenal turbocharged inline-five engine generated the most evocative soundtrack unique to the Quattro with whistles, pops and booms that add drama and excite maniacal viewers.

The Quattro conjured up images of rally legends such as Mikkola, Mouton and Rohrl skillfully dancing the Quattro through the rally stages to victory. Without a doubt, the Quattro has captured the hearts of rally fans around the world.

The Audi Quattro was the first rally car to take advantage of rule changes allowing four-wheel drive in motorsport. As a result, this five-cylinder rally weapon produced many victories in the early years of rallying, wiping out the competition. Most of the victories came in 1982 with a total of seven wins, earning the constructors’ title of the World Rally Championship.

In addition, the shorter-wheelbase Audi Sport Quattro, introduced in 1984, achieved a triple victory that year, winning both the driver’s and manufacturer’s titles. Finally, without forgetting Walter Rohrl who won the most famous hill climb, Pikes Peak, in a record sprint. This time, however, with a specially modified Quattro S1 producing over 600 horsepower.

It’s true to say that there aren’t many road cars that can boast such a rich motorsport history. Indeed, Audi has become synonymous with four-wheel drive technology. Its reputation as a maker of fast, well-built cars was undoubtedly bolstered by the most influential sports car – the Audi Quattro.

Although an all-wheel drive system was not new in the late 1970s, the concept of applying the same technology to road cars was unknown at the time. Under the hood of the original 10-valve Ur-Quattro was a 2.1-liter inline-five turbocharged engine mated to a five-speed transmission.

Developing 197 horsepower and 210 lb-ft of torque, the Quattro sprinted from 0 to 100 km / h in 6.5 seconds and reached a top speed of 140 km / h. Weighing 2,811 pounds, the performance figures back then were impressive as there was nothing quite like it on the scene.

Additionally, the latest cars incorporated a 20-valve unit, which boosted horsepower to 227bhp, making it faster at 60mph in 5.9 seconds. Despite its size, the Quattro had predictable handling and punchy performance, with old school turbo lag, of course! In addition, the rumble of the five-cylinder was mesmerizing and very recognizable.

The Audi Sport Quattro, developed for Group B homologation in 1984, was and remains the extreme version of the Quattro. Weighing only 2,645 pounds, it developed 302 horsepower and 258 pound-feet of torque. Plus, the massive turbocharger catapulted the car to 60 mph in just 4.4 seconds. Indeed, the most visible change on the Sport Quattro was the reduction of the wheelbase by 12.6 cm. Only 214 were built in total, of which 160 were road cars.

Development of a 1983 Audi Quattro 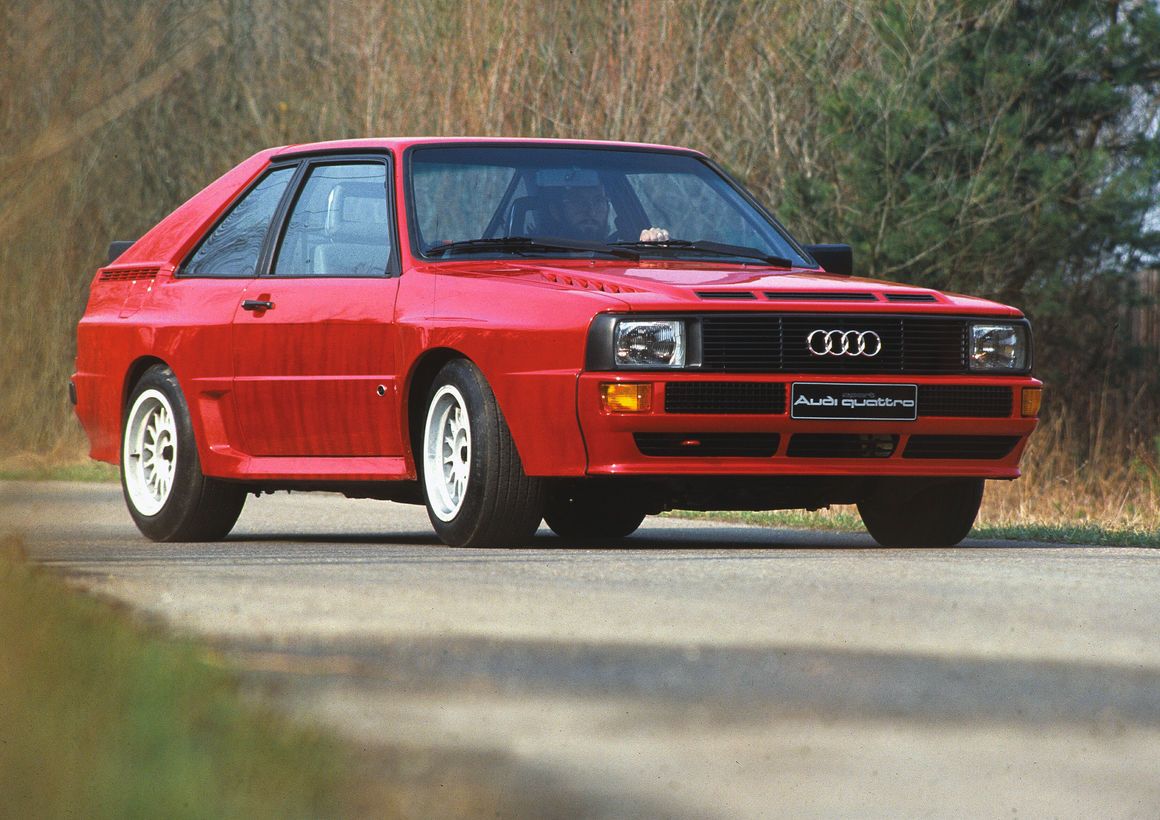 The angular design of the Audi Quattro remains attractive and determined. Additionally, the slightly pronounced wheel arches gave the car an aggressive stance that separated the Quattro from the standard car. However, the Quattro was constantly updated until 1991 with an improvement in the quality of the interior trim, although exterior changes were kept minimal with an update to the headlights.

The Quattro was generally well built and had a spacious interior. In addition, the equipment was clear and functional. Later cars incorporated the spectacular digital instrumentation display, anti-lock brakes and a stiffer suspension.

Interestingly, at the pre-development stage the rally legend was almost called “Audi Carat”, which was sort of an abbreviation for “Coupe All-Wheel-Drive Turbo”. However, since there was already a fragrance of the same name, Walter Treser, Audi’s project manager in the late 1970s, suggested “Audi Quattro” – a name that would soon become the most well-known all-wheel drive system in the industry. .

Here is what it costs today 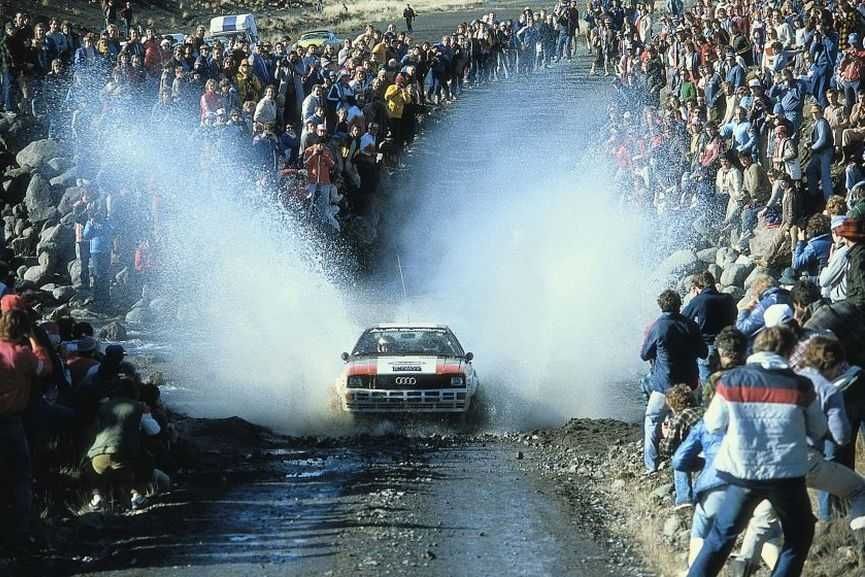 Around 11,500 units of the Quattro rolled off the Audi production line in Ingolstadt. Apparently, the Audi Quattro seems to increase in value every year, with the 20-valve version being more desirable. For example, a 1993 Audi ‘Ur-Quattro’ 10v was sold at RM Sothebys at the start of this year for $ 61,600.

On the other hand, a perfect example of a 1991 “Ur-Quattro” 20v recently sold to Silverstone auctions for a record $ 222,829, considered one of the last right-hand drive models to leave the Audi factory. In comparison, the Audi Sport Quattro has been estimated at half a million dollars!

Here is the first official look at the highly anticipated sports car.